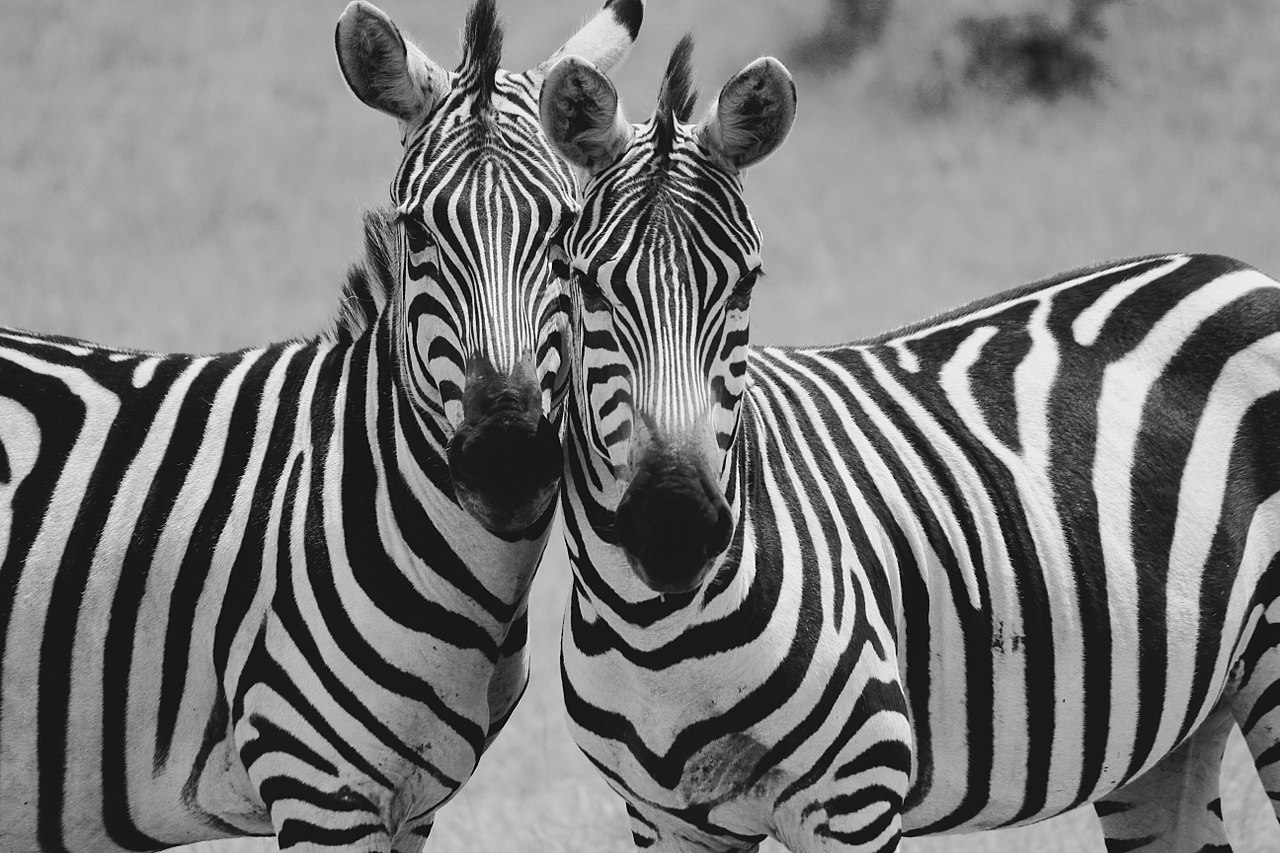 Learn about a new Python library for automatically detecting and summarizing what content is changed by edits on Wikipedia.

By Jesse Amamgbu and Isaac Johnson

Every month, editors on Wikipedia make somewhere between 10 and 14 million edits to Wikipedia content. While that is clearly a large amount of change, knowing what each of those edits did is surprisingly difficult to quantify. This data could support new research into edit dynamics on Wikipedia, more detailed dashboards of impact for campaigns or edit-a-thons, and new tools for patrollers or inexperienced editors. Editors themselves have long relied on diffs of the content to visually inspect and identify what an edit changed.

For example, Figure 1 above shows a diff from the English Wikipedia article “​​Lady Cockburn and Her Three Eldest Sons” in which the editor inserted a new template, changed an existing template, and changed an existing category. Someone with a knowledge of wikitext syntax can easily determine that from viewing the diff, but the diff itself just shows where changes occurred, not what they did. The VisualEditor’s diffs (example) go a step further and add some annotations, such as whether any template parameters were changed, but these structured descriptions are limited to a few types of changes. Other indicators of change – the minor edit flag, the edit summary, the size of change in bytes – are often overly simplistic and at times misleading.

Our goal with this project was to generate diffs that provided a structured summary of the what of an edit – in effect seeking to replicate what many editors naturally do when viewing diffs on Wikipedia or the auto-generated edit summaries on Wikidata (example). For the edit to Lady Cockburn, that might look like: 1 template insert, 1 template change, 1 category change, and 1 new line across two sections (see Figure 2). Our hope is that this new functionality could have wide-ranging benefits:

Automated approaches for describing edits is not a new idea. While our requirements led us to build our own end-to-end system, we were able to build heavily on past efforts. Past approaches largely fit into two categories: human-intelligible and machine-intelligible. The diff in Figure 1 from Wikidiff2 is an example of human-intelligible diffs that are generally only useful if you have someone who understands wikitext interpreting it (a very valid assumption for patrollers on Wikipedia). This sort of diff has existed since the early 2000s (then called just Wikidiff).

Past research has also attempted to generate machine-intelligible diffs, primarily for machine-learning models to do higher-order tasks such as detecting vandalism or inferring editor intentions. These diffs are useful for models in that they are highly structured and quick to generate, but can be so decontextualized as to be non-useful for a person trying to understand what the edit did. An excellent example of this is the revscoring Python library, which provides a variety of tools for extracting basic features from edits such as the number of characters changed between two revisions. Most notably, this library supported work by Yang et al. to classify edits into a taxonomy of intentions – e.g., copy-editing, wikification, fact-update. These higher-order intentions require labeled data; however, that is expensive to gather from many different language communities.

We instead focus on identifying changes at the level of the different components of wikitext that comprise an article – e.g., categories, templates, words, links, formatting, images [1]. The closest analog to our goals and a major source of inspiration was the visual diffs technology, which was built in 2017 in support of VisualEditor. While its primary goal is to be human-intelligible, it does take that additional step of generating structured descriptions of what was changed for objects such as templates.

The design of our library is based heavily on the approach taken by the Visual Diffs team [2] with four main differences:

There are four stages between the input of two raw strings of wikitext (usually a revision of page and its parent revision) and the output of what edit actions were taken:

Testing was crucial to our development. Wikitext is complicated and has lots of edge cases – images appear in brackets…except for when they are in templates or galleries. Diffs are complicated to compute and have no one right answer – editors often rearrange content while editing, which can raise questions about whether content was moved with small tweaks or larger blocks of text were removed and inserted elsewhere. Interpreting the diff in a structured way forces many choices about what counts as a change to a node – is a change in text formatting just when the type of formatting changes or also when the content within it changes? Does the content in reference tags contribute to word counts? Tests forced us to record our expectations and hold ourselves accountable to them, something the Wikidiff2 team also discovered when they made improvements in 2018. No amount of tests would truly cover the richness of Wikipedia either, so we also built an interface for testing the library on random edits so we could slowly identify edge cases that we hadn’t imagined.

Parsing wikitext is not easy and though we thankfully could rely on the mwparserfromhell library for much of this, we also made a few tweaks. First, mwparserfromhell treats all wikilinks equally regardless of their namespace. This is because identifying the namespace of a link is non-trivial: the namespace prefixes vary by language edition and there are many edge cases. We decided to differentiate between standard article links, media, and category links as the three most salient types of links on Wikipedia articles. We extracted a list of valid prefixes for each language from the Siteinfo API to assist with this, which is a simple solution, but will occasionally need to be updated to the most recent list of languages and aliases. Second, mwparserfromhell has a rudimentary function for removing the syntax from content and just leaving plaintext, but it was far from perfect for our purposes. For instance, because mwparserfromhell does not distinguish between link namespaces, parameters for image size or category names are treated as text. Content from references is included (if not wrapped in a template) even though these notes do not appear in-line and often are just bibliographic. We wrote our own wrapper for deciding what was text, so that the outputs more closely adhered to what we considered to be the textual content of the page.

It is not easy to consistently identify words or sentences across Wikipedia’s over 300 languages. Many languages (like English) are written with words that are separated by spaces. Many languages are not though, either because the spaces actually separate syllables or because there are no spaces in between characters at all. While the former are easy to tokenize into words, the latter set of languages require specialized parsing or a different approach to describing the scale of changes. For now, we have borrowed a list of languages that would require specialized parsing and report character counts for them as opposed to word counts (code). For sentences, we aim for consistency across the languages. The challenge is constructing a global list of punctuation that is used to indicate the ends of sentences, including latin scripts like in this blogpost, as well as characters such as the danda or many CJK punctuation. It is challenges like these that remind us of the richness and diversity of Wikipedia.

We welcome researchers and developers (or folks who are just curious) to try out the library and let us know what you find! You can download the Python library yourself or test out the tool via our UI. Feedback is very welcome on the talk page or as a Github issue. We have showcased a few examples of how to apply the library to the history dumps for Wikipedia or use the diffs as inputs into machine-learning models. We hope to make the diffs more accessible as well so that they can be easily used in tools and dashboards.

While this library is generally stable, our development is likely not finished. Our initial scope was Wikipedia articles with a focus on the current format and norms of wikitext. As the scope for the library expands, additional tweaks may be necessary. The most obvious place is around types of wikilinks. Identifying media and category links is largely sufficient for the current state of Wikipedia articles, but applying this to e.g. talk pages would likely require extending this to at least include User and Wikipedia (policy) namespaces (and other aspects of signatures). Extending to historical revisions would require separating out interlanguage links.

We have attempted to develop a largely feature-complete diff library, but, for some applications, a little accuracy can be sacrificed in return for speed. For those use-cases, we have also built a simplified version that ignores document structure. The simplified library loses the ability to detect content moves or tell the difference between e.g., a category being inserted and a separate one being removed vs. a single category being changed. In exchange, it has an approximately 10x speed-up and far smaller footprint, especially for larger diffs. This can actually lead to more complete results when the full library otherwise times out.

[2] For more information, see this great description by Thalia Chan from Wikimania 2017: https://www.mediawiki.org/wiki/VisualEditor/Diffs#Technology_used